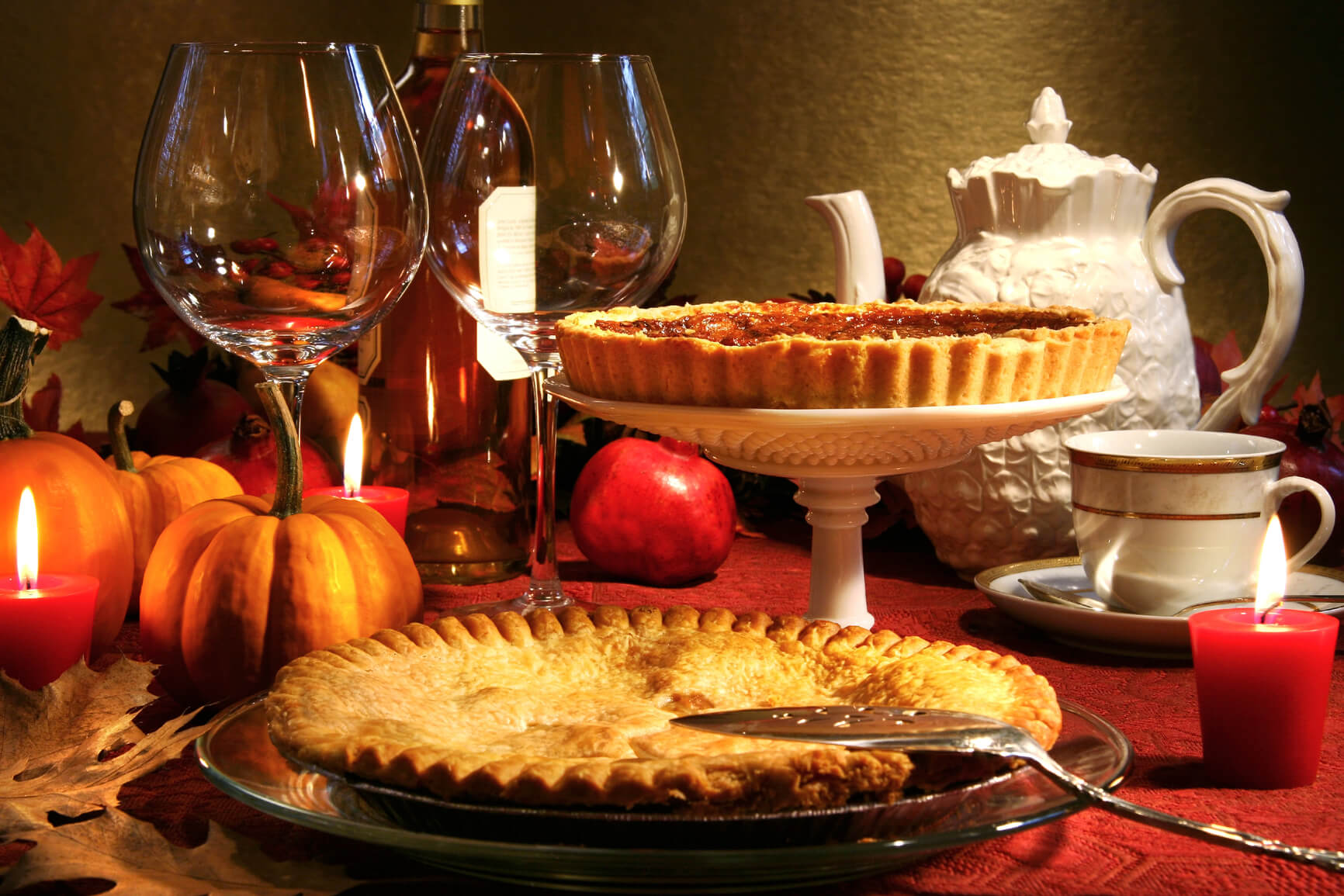 How and Why We Celebrate

Historians widely believe that the first American Thanksgiving took place in 1621 and that the meal was shared by the American colonists at Plymouth and the Wampanoag Indians. There are many theories about who attended that first celebration of Thanksgiving and what was on the menu.  The excerpt below provides one of the only written accounts of the event:

“And God be praised we had a good increase… Our harvest being gotten in, our governor sent four men on fowling, that so we might after a special manner rejoice together after we had gathered the fruit of our labors. They four in one day killed as much fowl as, with a little help beside, served the company almost a week. At which time, amongst other recreations, we exercised our arms, many of the Indians coming amongst us, and among the rest their greatest king Massasoit, with some ninety men, whom for three days we entertained and feasted, and they went out and killed five deer, which they brought to the plantation and bestowed on our governor, and upon the captain and others. And although it be not always so plentiful as it was at this time with us, yet by the goodness of God, we are so far from want that we often wish you partakers of our plenty.”   (Edward Winslow, Mourt’s Relation: D.B. Heath, ed. Applewood Books. Cambridge, 1986. p 82)

Then in 1789, President George Washington issued a proclamation designating November 26 as a national day of thanksgiving to recognize the role of Providence in creating the new United States and the new federal Constitution.   But, it was not until 1863, in the middle of the Civil War, that President Abraham Lincoln proclaimed Thanksgiving to be a national holiday that would be celebrated every November.  He did this in response to a series of editorials written by Sarah Josepha Hale.

In1939, President Franklin D. Roosevelt decided to revise the traditional date for the holiday by declaring November 23, the next-to-last Thursday of that year, as Thanksgiving Day. This date change created quite a bit of controversy, and some Americans even refused to honor it. Finally, on November 26, 1941, Roosevelt admitted his mistake and signed a bill to officially make the fourth Thursday in November the national Thanksgiving holiday.

The traditional menu for Thanksgiving that we now know (turkey, cranberries and root vegetables) has its origins in the autumn harvests of New England.  But, as the holiday spread across the United States during the 19th century, regional foods were also added (for example, turkeys in Minnesota might be stuffed with wild rice, and crab was used in the menu for the Chesapeake Bay area, either as an appetizer or in the stuffing). 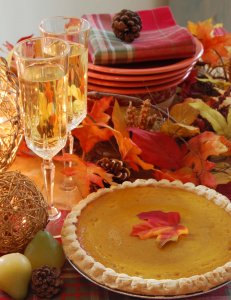 Some regions of the United States had a particularly strong influence on the classic Thanksgiving menu.  The cuisine of the American South contributed the sweet potato casserole, pecan pie, corn bread dressing and many other items to the New England menu that included mince, apple and pumpkin pie.

Along with the Thanksgiving Day feast, several other customs have become part of this important holiday including food drives to provide Thanksgiving dinner to those in need and traveling to visit family and friends (AAA projects 50.9 million Americans will journey 50 miles or more away from home this Thanksgiving).   Thanksgiving Day parades are another treasured tradition, as well as with watching football.  However, the main focus of this holiday is still Americans gathering around the Thanksgiving table to give thanks together.